This is fantastic. It’s not only impressive for a fan game, it’s genuinely one of the best games for the SNES. I urge everyone to try and play it, preferably on real hardware, and most preferably in multiplayer.

It’s a pretty special moment to play a new SNES game with the kids. And they actually love it. I don’t have to force them! 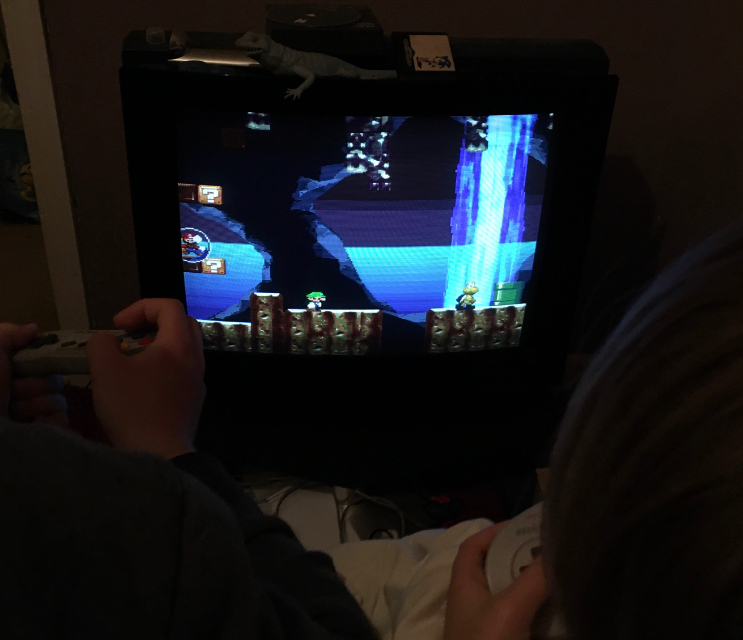 ...I'm talking about the lizard toy.

Saw a few guys on Youtube reviewing it a week or so ago I so downloaded it. For those that haven't seen it - Its basically the level design from Super Mario Land on the gameboy with the newer graphic / sprite design of New super mario bros from the Wii
Top

And with friend killing multiplayer.

Not as refined as a Nintendo game (what is?) but the SNES graphics are impressive, especially on a CRT. The heat haze and water effects are some of the best. It’s far more precise, responsive, and just fun than something like Donkey Kong Country.

It’s a very short dose. It’s as easy as ever. Good in single player, great in multiplayer.

We died halfway through it in 2P. I love the chaos a second player has when you can leap frog off eachother. I played alone later and completed it with 28 lives remaining, then realised there’s a hard mode.

At best there’s only a few hours of entertainment here (maybe an hour alone) but that suits me perfectly. Thinking of getting a multitap.
Top

This dress powers up the shot.
Top