Surely it’s cheaper to get an old PS1 and your title of choice? Would look better and not have the issues associated with emulators?
Top

speedlolita wrote: ↑
November 8th, 2018, 7:36 MP
Apparently the European model will have European ROMs too... What were they thinking? Apparently not an in house emulator either.

God **** dammit - although still dumb, I presume that'll actually be because of EFIGS support. Is it right that I'm hearing the same roms might also be on the USA version too?

Tekken2 was what really turned me into importing (and then consequently backtracking and getting MD imports too)... and given what a great effort tekken 3 was on the system the stunted PAL version is just a criminal shame.

Benimaru7 wrote: ↑
December 1st, 2018, 9:10 am
Surely it’s cheaper to get an old PS1 and your title of choice? Would look better and not have the issues associated with emulators?

Debatable, but the dream is just that you can just buy into a lovely little box, that will let you play some wonderful games, give you something that you aren't necessarily expecting to typically play on current systems, is hassle free and pulls at your nostalgia whilst being a honourable node at what was nice technical composition and a time now past.

I've got a lot of love for the original ps1 which includes all the polygon warping, dithering, lack of texture sampling/filtering, and everything it took to bring us such wonderfully realised system and games. I don't really care about the dual shock kerfuffle, and in my view it just shows how a lot of the potential audience has moved on and are generally incapable of see this as anything other than the 'bad' first version playstation, and essentially just would want a cute product experience that comes as possible to their current expectations.

And I don't think there was enough appreciation/care on the sony end as to what was so ground breaking about the ps1... the trailers are a disgrace, how there isn't a ps1 demo disk experience, and whilst I'm pretty good with the title selection there's a couple of cynical moves that pander to this narrative rather than the system legacy: no castlevania, r4 instead of including gran tourismo, nice as it is to see destruction derby you should never choose that psygnosis release over wipeout, Syphon Filter instead of Tomb Raider, Rainbow 6 as a desperate move to include an fps when they should have probably chosen a shmup cough einhander cough, no parappa the rapper, and I refuse to believe anyone worth the air they breath actually ever liked Battle Arena Toshinden... let alone brought it... soul edge just saying.

For $/£100 I think they've come up with a good go of it. But I'd pay double the price for something a bit more featured and executed with just a bit more love/understanding, whereas I don't think a lot of people really see their ps1 memories as anything else than a $/£50 memory box... and which point - what can you do? Maybe a ps1/n download box + controller? ... or just colour a ps4 grey, have a psn sale, and perhaps sell some t-shirts + bags?
Top

speedlolita wrote: ↑
November 8th, 2018, 7:36 MP
Apparently the European model will have European ROMs too... What were they thinking? Apparently not an in house emulator either.


Benimaru7 wrote: ↑
December 1st, 2018, 9:10 am
Surely it’s cheaper to get an old PS1 and your title of choice? Would look better and not have the issues associated with emulators?

gray117 wrote: ↑
December 1st, 2018, 12:38 MP
and I refuse to believe anyone worth the air they breath actually ever liked Battle Arena Toshinden... let alone brought it... soul edge just saying.

I love Toshinden. It was my first PS1 game, and I still have fond feelingz for it.

I also had Soul Blade. And guess what? I remember it as being boring.

I also don't think Toshinden 1 + 2 are that bad. Both are serviceable games with a bit of madness (Tosh 2) Soul Blade is lacking.
My Collection
Top

... It's like finding a quantum universe, but I guess it explains some things. Edge/blade still better than tosh 1/2 imho, but hey ho... FIGHT

For sure calibur was the sweet spot, but edge/blade was still a grand start imho.

Tangentially connected my fond (but assumed unpopular) memory is of Loaded... if that'd been on it, I'd of been bought it out of ... principle (?)
Top

Loaded was my second PS1 game.

It made me buy a PWEI CD.

Nothing wrong with that, particularly if that was Dos Dedos Mis Amigos.

Those are the kind of connections that the ps1 just embodied, that's why its great.

And I know it's cliched propping the successful frontman; but Clint Mansell is a god damned good bloke who I never think got his fair recognition, especially in the uk... not that he gives a fck I'm sure.
Last edited by gray117 on December 3rd, 2018, 4:31 pm, edited 1 time in total.
Top

The only one could get at that time was Wise Up Suckers, which is just a compilation. I still have it somewhere, in terrible condition.

But these days I listen to Toshinden soundtracks more often than PWEI though.

My first PS1 game was Star Gladiator and I loooooved it.
As for PS1 mini, I will pass it. I like only 4 games from that compilation: Oddworld, Tekken 3, Resident Evil and Metal Gear Solid.
PS1 is not like SNES in terms of barriers. It is quite cheap to collect for so there is no justification for this mini version.
Top

landisama wrote: ↑
December 4th, 2018, 7:54 am
My first PS1 game was Star Gladiator and I loooooved it.
As for PS1 mini, I will pass it. I like only 4 games from that compilation: Oddworld, Tekken 3, Resident Evil and Metal Gear Solid.
PS1 is not like SNES in terms of barriers. It is quite cheap to collect for so there is no justification for this mini version.


It’s not that cheap here in the UK. Just had a look on eBay and the sold listings for those 4 games is roughly half the price of the PS mini.
Loving robots since the 80's.
Top

Ok... I understand your point and you are right. The price of ps1 mini is ok for what it gives you. However, Sony does not offer the same value as SNES mini. The value of the SNES mini games in physical form is more than 1000 euro if you want them boxed in good condition (excluding piracy alternatives to play them).
4 essential games for a console, in physical form, at 50-60 euro is not much at all for a collector.
There are numerous examples of single SNES or Saturn games that cost 2 times more than PS mini. Actually, I think it is difficult to find a boxed SNES game under 50 euro.
Top

I don’t think it’s worth comparing value to stupendous collector prices. I do value legal roms but be realistic, they’re £5 eshop games bundled with a discount.

Guess what happens if you plug in a USB keyboard and press Esc! 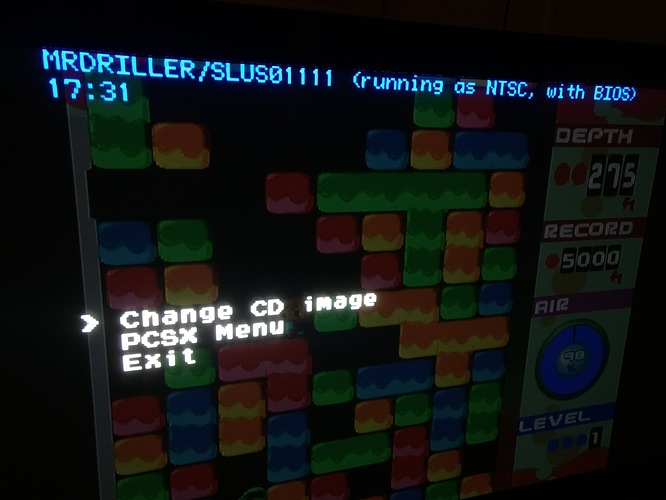 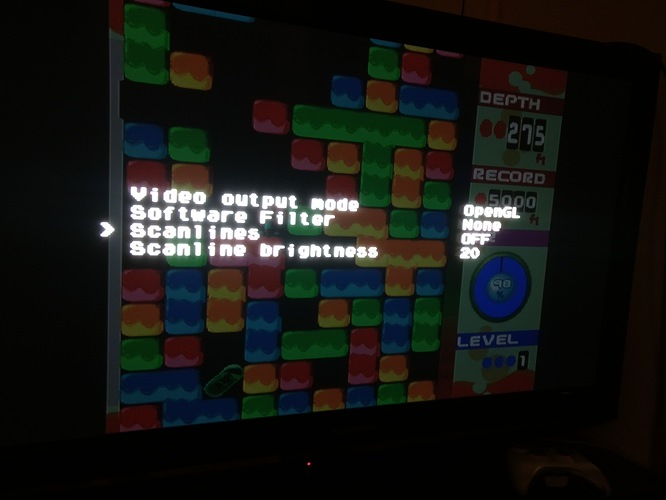 Seems like it has to be a specific keyboard, or family of keyboards, in order for it to be recognised. Corsair K75 is the model people are throwing around at the moment, Logitech also has some success, but no one's sure what others work.
Top

Surely the whole thing will be hacked within a fortnight.
Top

So you can change from a pal to a ntsc image? Also it's kind of nice to have scanline options.
But why didn't they integrate it in the frontend?
My Collection
Top

The disc images are still PAL, so changing the emulator setting to NTSC for those will just do some frame-duplicating nonsense to make 50Hz into 60Hz, so they'll still play badly.

Someone's done a deeper dive on the hardware and talked about their findings here - in French. Someone else on Resetera did a quick translation of the main points:


- The system is running on Android using YOCTO
- The emulator is indeed PCSX-reArmed slightly modified but on a very old base, very badly optimized and badly implemented likely due to a lack of time
- Debug mode wasn't removed meaning that you can access it with K75 type Corsair keyboards or different types of Logitech keyboards
- The "60Hz" mode of the debug settings are just interpolating 50hz into 60hz by duplicating frames. aka it's still trash and isn't close to the original experience
- It seems easy to connect the console to a PC and load PC HUBs in it but as of now not to change the games themselves
- Hacking potential seems limited and overall pointless

Last point sucks, but hopefully they've just missed something. A newer version of the emulator with better compatibility and swapping the PAL ISOs for NTSC-US ones would fix the majority of the issues.

There were definitely alternative titles planned at some point, as the guy on Twitter also seemed to extract this game list from the system with plenty on there that isn't present:
Top

They've **** it, but at least someone with a clue has cut a decent tv ad... you just know they wanted wipeout in there though...