I hope to beat your score at my next try, as i lose all my lives at the beginning of level 2 part 2

by FrancoB
Wouldn't mind a blast at this myself, if anyone has a decent priced PCB then let me know

by dataeast77
I couldn't resist a little crack at this.
77220 ACE
Photo attached by uncletom
Awesome game. Hasn't been one like it made ever since. And remember, it's now 2011! That is quality for you.

by ShadowDancer
Does it count if I play this on Wii VC with arcade defaults? Can 1CC this, but not sure what my score was,
be fun to have a blast on this again!

by FrancoB
I got this earlier this week and got it up and running last night. I'm loving it, very addictive

I know I can do better but here's my HS for now.

by Ex_Mosquito
Just a straight forward 1CC, no high scoring leeching techniques. The strats you need to get a WR on this are nuts, I dont think I have it in me to no-shuriken every stage :/

I am able to complete the game using 3 credits, but not 1 yet. I'm working on that. 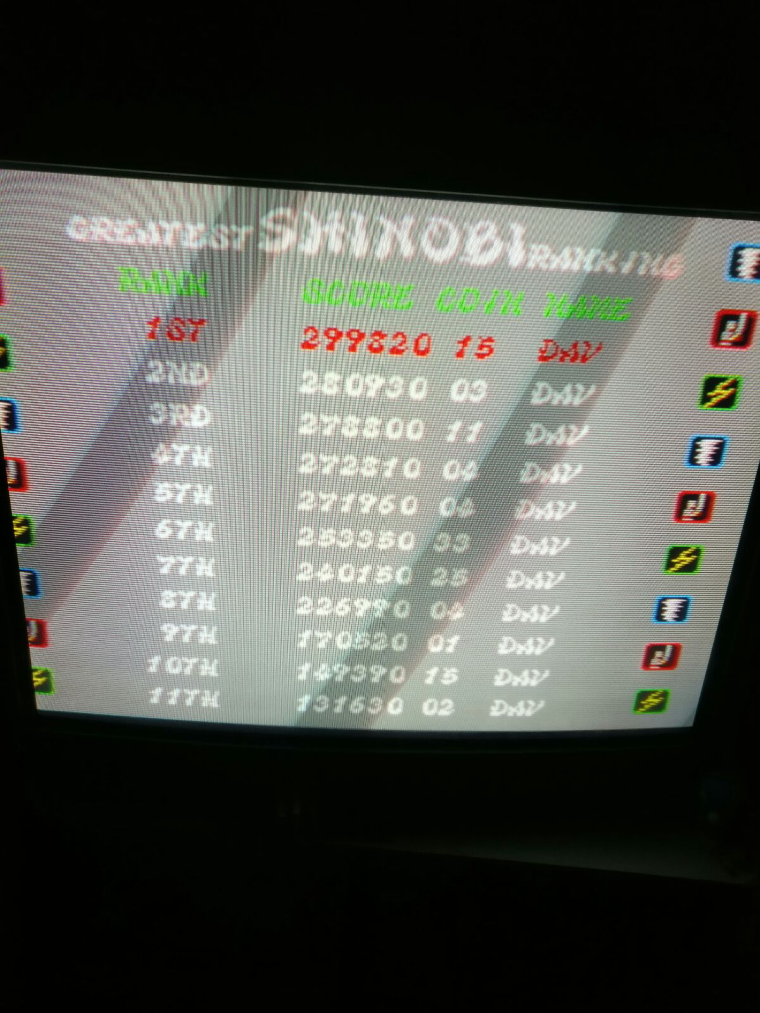 I completed the game using one credit.

by whitecomet
I love this game... I just find it so hard to beat the first boss

I saw a youtube video where the guy jumped and kicked the boss and meat him that way!! I cant even work out his pattern

I will try again after seeing this!!

by nonosto
On my favorite game, I play in herdest and fast bullet but in test menu 240 live per credit. I will take the multi 16 for this game.

by Maikumura
My best so far, I know I can shave down the misstakes and credits

by Moomootown
Just spotted this - I don't post much on the forum more of a lurker - I'm second on Twin Galaxies, there's a full play through on YouTube - think I'm playing on my Blast City

Love the game, just to point out your current high score on the leaderboard in the first post isn't using 1 credit?
All times are UTC+01:00
Page 1 of 1