The proxies get a bunch of tax breaks from the government in some form or another. I forget how it goes exactly, but it allows a lot of the proxy services to basically play this "race to the bottom" game and charge basically nothing in service fees. They get you on the backend though with custom packaging, combination fees, handling fees, and the like. Buyee in particular was extremely notorious for this, but it sounds like they've changed their fee structure somewhat recently. I stopped using both Buyee AND FJ due to ridiculous fees, insane shipping charges from Buyee (their "combo" service is literally just putting ALL of the packages into a BIGGER package), and multiple damaged items that were clearly packed in a way that was completely negligent. They tried to pass the buck to me, but I leveraged my credit card company to make it right in the end.

I will say though that as long as you pay for FJ's optional extra protective packaging, everything gets packed extremely well and it will always make it in one piece. But the fact that they won't even use a single sheet of bubble wrap for minimum packaging is insane to me. SMJ used to wrap everything like it was fine china for no extra cost - perhaps I am spoiled.

Rinkya will ship cabs, but it's expensive and I don't recommend it unless it's something extremely rare.
Top

I've been using FJ regularly recently - maybe 15 parcels over the last 2-3 years. My experience over that time is the opposite of what you're saying. It's been how I described above - tiny fees, incredible packaging, no surprises in the backend.

Large packages have always been double outer-boxed and very cleverly arranged with smaller inner boxes. I'm not paying any packaging premiums. I'm always impressed by the intelligent effort they go to. For example paper stuff is always put in a poly bag, then mounted to card, then bagged again.

They regularly use this technique on medium sized combined parcels. Thick bubble wrap is underneath the shrink wrapped cardboard tray. There's no room for item movement and the folded card structure makes the box solid .. 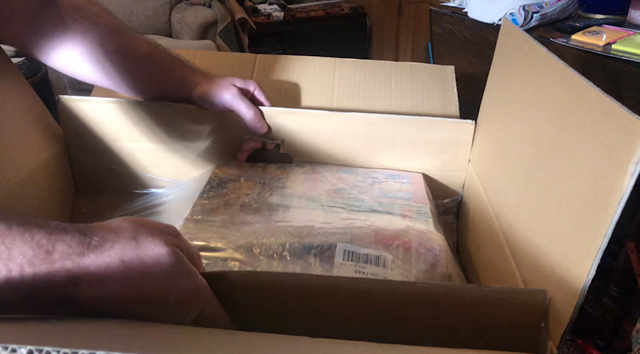 Maybe I'm used to a much lower standard than you but I couldn't expect any better. It's been like a masterclass in packaging every time I receive one

I miss smj as the packing was fantastic, I've mixed on which is better between FJ and buyee seems to depend and for whatever reason FJ seem more expensive to me at times Although I do like their option on declartion and cheaper shipping, although I just don't use any regularly enough anymore tbh
Top

pubjoe wrote: ↑January 14th, 2023, 7:59 pm I've been using FJ regularly recently - maybe 15 parcels over the last 2-3 years. My experience over that time is the opposite of what you're saying. It's been how I described above - tiny fees, incredible packaging, no surprises in the backend.

Same experience here. I used to use Rinkya, which was very expensive but had also very good packaging.

I switched to FJ when RInkya moved warehouses before Covid, and never looked back.
FJ's fees are low, packaging is very clever and avoids having to use liberal amounts of styrofoam chips like Rinkya used to.
I'm now getting 1 parcel/month on average, always use regular packaging, including several CRTs and never had any issues with any item being damaged... except for a 20" CRT which they obviously didn't have experience giving a good enough protection, and had some minor damage to one of the corners in the back.
Top

I moved on from FJ after the third damaged item. The straw that broke the camel's back was a NOS, sealed PCE game... I was really, really upset about that one. Not a single piece of bubble wrap, they just stretch wrapped it to some other games I purchased and threw it in a box with other items. Unbelieveable.

FJ does have some of the lowest fees among the current pool of proxies, though. So there's that.
Top

Well I guess I've been lucky.

Speaking of FJ's low prices, they became even lower, I received this email today: